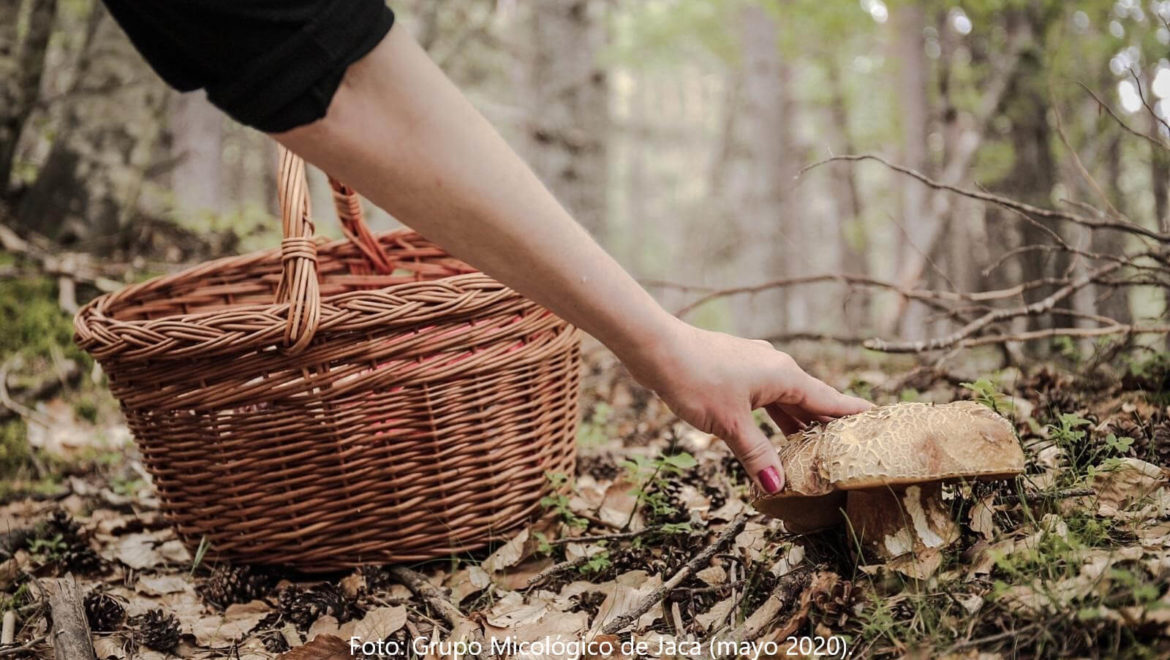 Press release of the European Institute of Mycology (EMI)

HOKTO Corporation, Japan’s leading mycological company, joins the EMI as a new partner and will participate in these events.

The partners of the European Mycological Institute (EMI) have  agreed at the Assembly meeting held on May the 19th, to launch the calls for TRUFFORUM ® 2021 and MYCOFORUM ® 2021. Institutions interested in organize these  international events may submit applications in the next two months in accordance with the specifications that can be consulted on the website  www.eumi.eu/calls/

TRUFFORUM ® was created by EMI in 2017 with the aim of promoting, in collaboration with European truffle federations, the responsible use of black truffle (Tubermelanosporum) in houses and restaurants. The purpose was educating consumers on: a) The different origins of black truffle in Europe. b) The different species of truffles and how to distinguish them. c) The differences between black truffle and imitation synthetic aromas. d) The importance of quality control to prevent fraud. e) The most suitable modes of use in the kitchen and gastronomy to enjoy all its authentic qualities. f) Truffle in the European territories of the truffle: its habitats, its truffles, its fairs, its specialized restaurants, etc.

TRUFFORUM has been organized in past editions in Zaragoza 2017 and Vic-Barcelona (2019 and 2020). For this edition of TRUFFORUM 2021 and given the exceptional situation caused by COVID-19, the EMI will promote among its partners the submission of a candidature shared by several cities with a joint program containing  common online parts and other face-to-face parts developed in the different territories interested in organizing the event.

Likewise, the Director of EMI proposed the creation and launch of the international event MYCOFORUM ® to facilitate the exchange of scientific and technical knowledge between Mycological Forests and promote the responsible use of forest mycological resources as an engine of rural development. It aims to facilitate innovative cooperation between public-private actors involved based on quality mycological products and services capable of generating territorial attractiveness of cities to the rural environment.

In addition, MYCOFORUM® will sensitize society in: a) The ecological importance of fungi in forests, b) The importance of considering fungi in forest management (mycoselviculture), c) The different local species used, where and how to collect them responsibly. d) The importance of quality control to ensure food security and prevent fraud. e) The most suitable modes of use of mushrooms in the kitchen to enjoy all its qualities. f) Mycotourism: mycological parks, local agri-food products, fairs, conferences, specialized restaurants, etc.

Finally, the Assembly approved the incorporation as new EMI partners the Japanese corporation HOKTO www.hokto-kinoko.com  , company dedicated to the research, development and production of fungi as healthy superfoods. It has 35 factories in Japan, California (USA), Taiwan and Malaysia. It employs 1179 workers and produces 71,625 tonnes of mushrooms (16% of the Japanese market). They have laboratories in which they investigate the cultivation of mycorrrhic species and their effect on human health. They are interested in being known in Europe and participate in Trufforum and Mycoforum events.

THE European Mycological Institute (EMI) is an EU public law entity based in the City of Soria, founded in 2016 by partners from Castilla y León, Nueva Aquitania, Occitania and Catalonia as part of the Interreg Micosylva+ project. Subsequently, new public/private partners from Aragon, Canada and China have joined, with the common objective of cooperating in improving the management, use and recovery of mycological resources in the agroforestry field of the participating territories.

EMI it is currently composed by the following institutions: the Provincial Council of Avila, the Forestry Technology Center of Catalonia, the Natural Heritage Foundation of Castilla y León, the French Region Occitan and the Chamber of Agriculture of the Dordogne -Périgord, the Center for Agro-Food Research and Technology of the Government of Aragon (CITA), the City of Soria (city where the headquarters of the EMI is located),  the Commonwealth of the 150 Peoples of the Land of Soria, the Bioproducts Development Center of Canada (Biopterre), the Chinese Corporation Guandong Golden Truffle Bio-Technology. Ltd. and partners such as IdForest, Mycea  (France), the Swiss Forest Research Institute (WSL)  and forestry consultanc Qilex.

The Director of the European Institute of Mycology 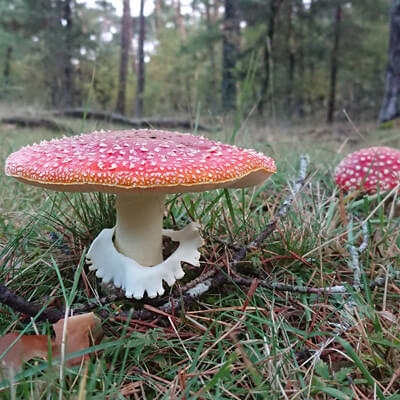 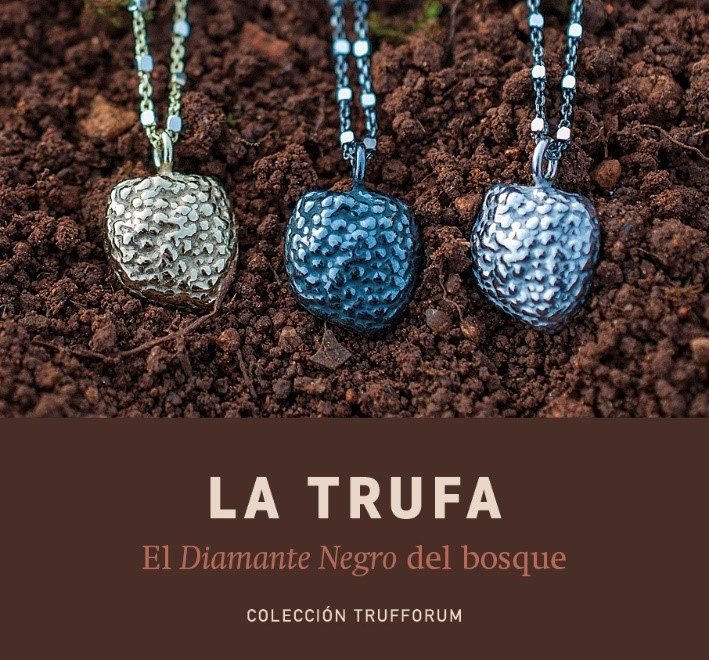 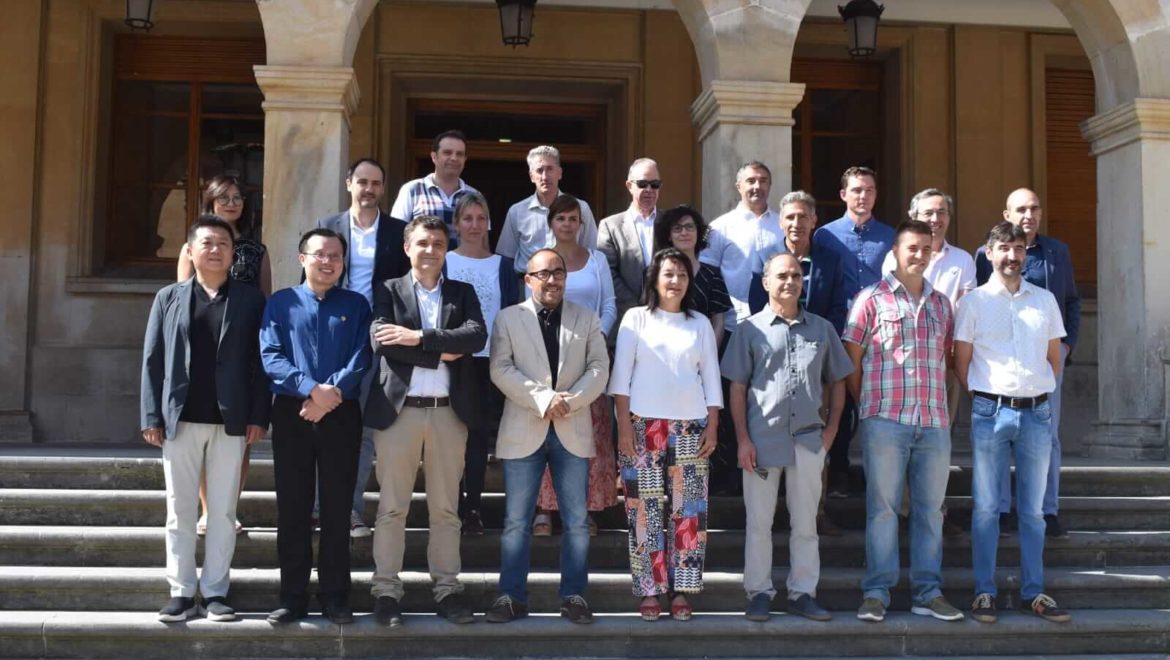 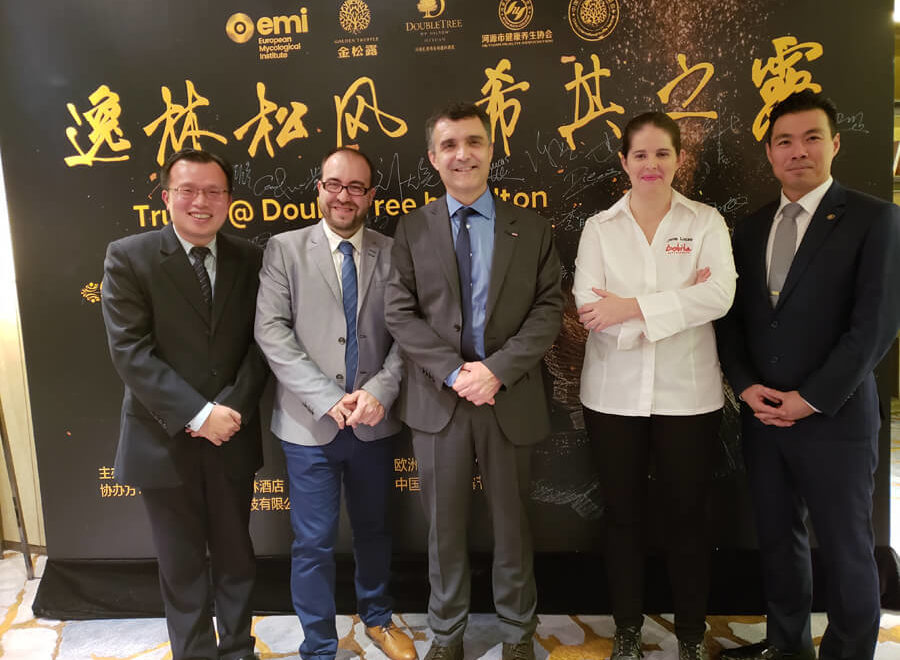 The Chinese corporation Guandong Golden Truffle Bio-Technology Co. Ltd., specialized in mycological products of interest for health, has invited members and collaborators of the European Institute of Mycology (EMI) to a technical visit of cooperation carried out in the provinces of Guandong , Yunnan and Sichuan (China) to advance the definition of future R+D+i projects related to the promotion, valorization and sustainable management of the mycological resources. The technical cooperation visit has shown the great opportunities for cooperation throughout the chain of the mycology sector between Europe and China.

The visit is the result of cooperation agreements signed by EMI and Guandong Golden Truffle Bio-Technology Co. Ltd in 2017 and was organized by Joaquín Latorre Secretary General of EMI and Wang Bin, President of the Heyuan Heath Association.
China is one of the world’s leading producers of mycological resources, both wild and cultivated. In the Chinese culture the consumption of the mushrooms for the medicinal properties is very ingrained, being more incipient the gastronomical use of the same ones. In the case of truffles, their use is still very low in homes and restaurants in China, so it is particularly important to promote knowledge and consumption of the truffle before a potential market as huge as China. Even more so if we take into account that Chinese citizens increasingly value and demand European agri-food products linked to luxury and social status.
Another aspect highly valued in China is the world of haute cuisine and the fusion between Chinese and Western cuisine. Chefs with michelin star are highly valued and the number of Chinese tourists visiting Europe to get to know their cultural and gastronomic heritage is increasing. This circumstance can also be a mycoturistic opportunity for rural areas that produce mycological resources and other unique local products.
Finally, the forest management of the mycological resource in China is very incipient and there is a demand for criteria and good harvesting practices to guarantee the sustainability and quality of its mycological products in the rural areas of the interior.
Therefore, the collaboration on R+D+i between the EMI and several Chinese institutions will focus on axes such as mycogastronomy, mycotourism and sustainable forest management of mycological resources. To this end, a specific multidisciplinary working group will be created, made up of EMI members, the Heyuan Health Association and the Zuhai International Convention & Exhibition Center.
During the visit, which took place between November 28th and December 5th, the EMI Director Fernando Martínez Peña met with institutional, business and academic representatives from the provinces of Guandong, Yunnan and Sichuan. It should be noted, among others; Liu Jiawen Vice Mayor of Zhuhai, Yu Li Academician of the Chinese Academy of Engineering and Professor of Jilin Agricultural University, Gong Zuolin former president of the Political Consultative Conference of Heyuan, Zhang Wenji General Director of the Zhuhai Convention & Expo. Bureau, Gongxin GU president of the Chinese Association of edible mushroom, Liu, Huanlan. President of the Guandong Province Health Association, Ye Pingyao former Director of Heyuan Food and Drug Administration, Wang Bin President of the Heyuan Heath Association and Executive Director of Guandong Golden Truffle Bio-technology Co. Ltd., Anthony Meng General Manager of the Heyuan Hilton Hotel and Tan Xinbei Director of the Truffle Fair from China.

The visit has had the special participation of Elena Lucas, Michelin star chef of the restaurant La Lobita de Navaleno (Soria), specialized in mycological cuisine and member of the working group for gastronomic research “wild mushrooms as healthy superfoods” whose results are recently presented at the Soria Gastronómica international congress in collaboration with the Agrifood Research and Technology Center of Aragón (CITA-Government of Aragón) and the INIA Center for the quality of food in Soria.
Elena Lucas has been received with great media coverage and has participated in several gastronomic demonstrations, including the one held at the welcome gala dinner hosted by the Hilton hotel in Heyuan (Guandong). The gastronomic demonstration by Elena Lucas and Diego Muñoz for children from the city of Panzhihua (Sichuan, China) that was seen in streaming by more than 50,000 people was also especially emotional.
The EMI delegation has participated with presentations at the VI International Truffle Fair of China along with other invited members from countries such as France, New Zealand and Australia. Companies and production areas in the province of Yunnan were visited as well as rural areas potentially receiving mycotourism. He contacted healthy tourism entrepreneurs and chefs from the province of Guandong, Yunnan and Sichuan.
As a next step in the Europe-China collaboration on mycological issues, the EMI will organize a visit next January to Trufforum Vic-Barcelona, Aragón and Castilla y León, in which a Chinese delegation from the working group will participate in the definition of future R+D+i projects related to the promotion, valorization and sustainable management of the mycological resource. 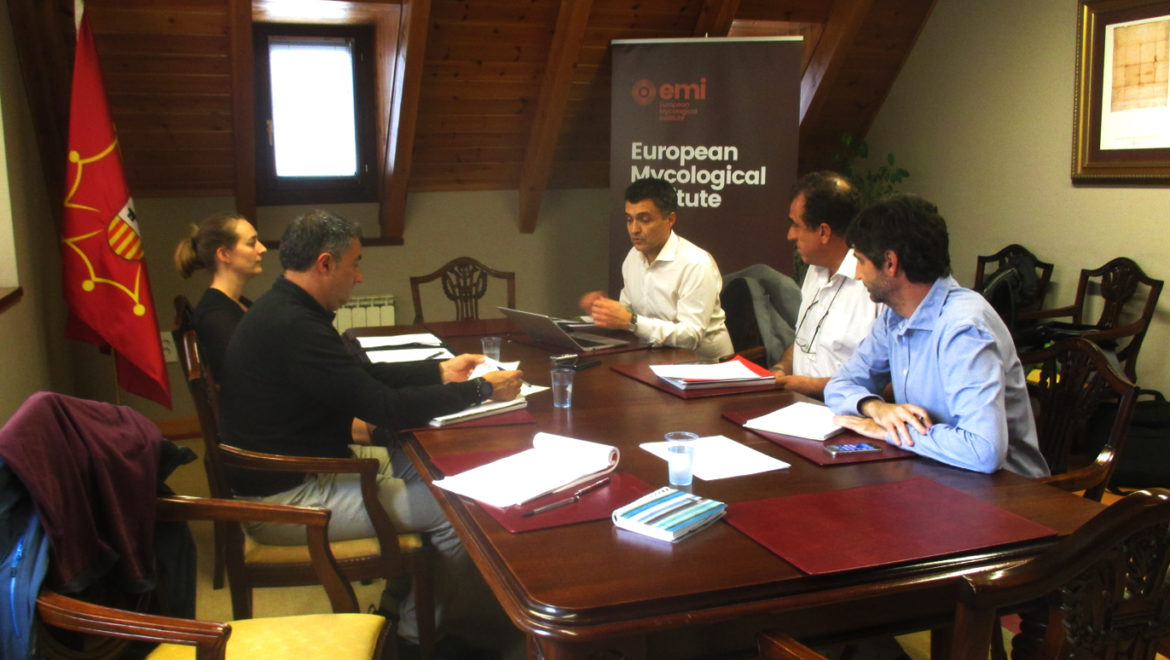 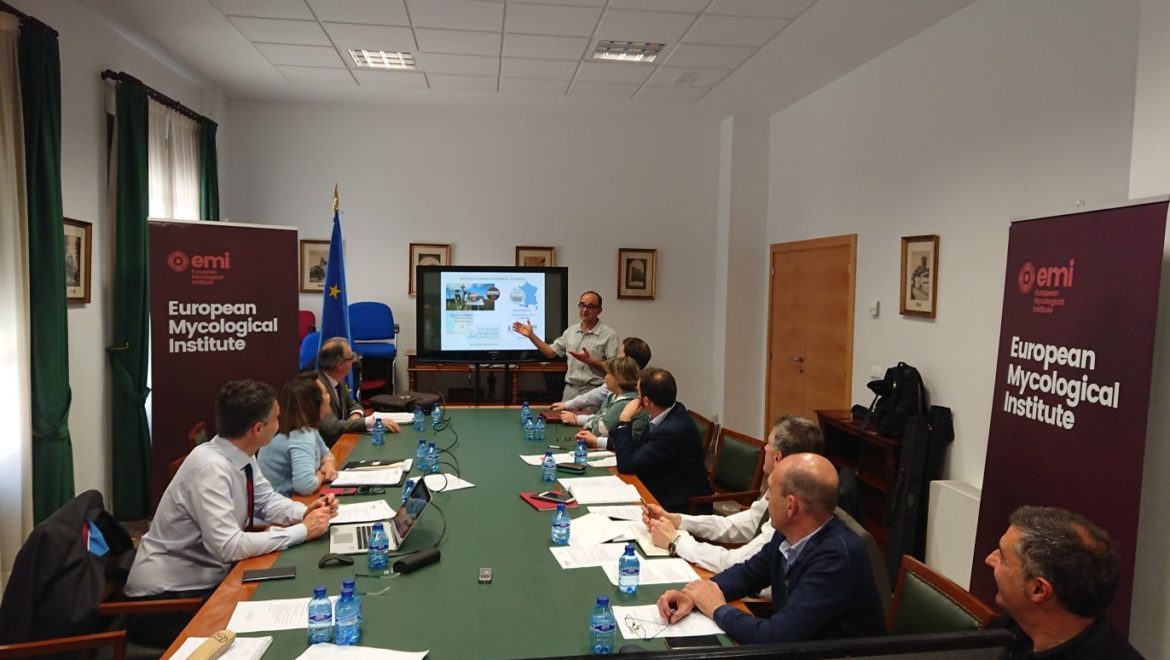 END_OF_DOCUMENT_TOKEN_TO_BE_REPLACED

We use our own and third-party cookies to analyze your browsing habits and preferences. For more information and to change your configuration visit our Cookie policy. If you continue browsing, we consider that you accept its use.